With Python and Javascript solutions: Learn how to think about Substring Removal Game, an *800 codeforces problem
Sep 14, 2020
EzzEddin Abdullah
Created
by
Updated
Sep 14, 2020 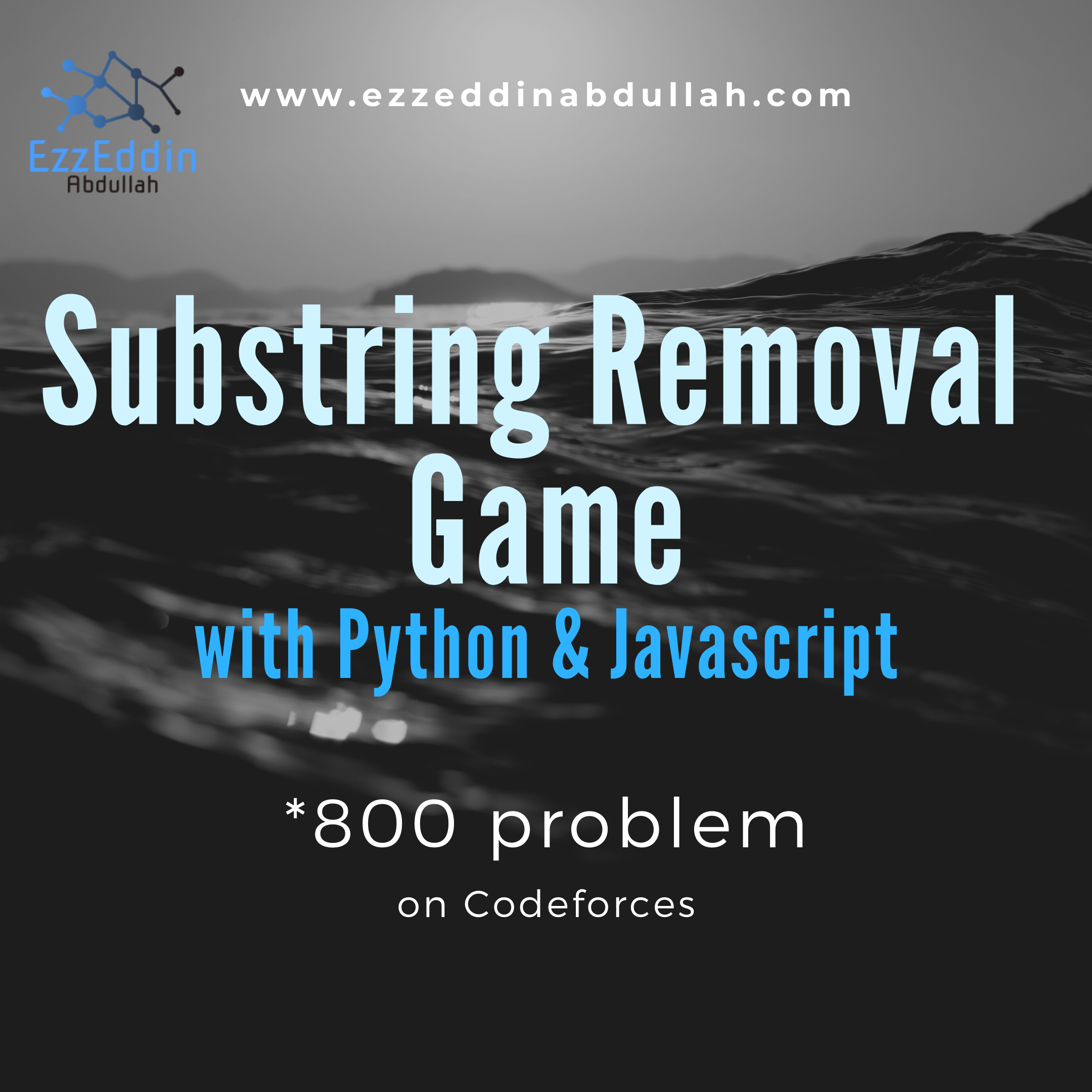 Substring Removal Game is an 800-point problem at codeforces, I hope you have read the problem carefully and have tried thinking about solving it. This problem basically states as its name sounds to say, to remove a substring.

Per each test, you're given a string of binary characters (0's and 1's) and you're required to remove each consecutive 1's to make Alice win. Who is Alice? Alice and Bob are players in the game, and the winner is the one who removes the highest numbers of 1's. Your duty is to make Alice win given that Alice is the first to move.

This problem has two inputs:

You can think of this problem as capturing all consecutive ones in the string first and then we can make a decision on which 1's we should focus on to make Alice win. For example, if the input is 01111001 this means that we have 4 consecutive 1's and then just 1; to make Alice win in this case, we should make her take that move which is obviously her first move already and then Bob can take the second move which is the last 1 in the string.

Let's have another example, 111111 these are 6 ones which can be the first move for Alice so 6 moves will be her win.

So there are 5 ones .. which of them should be Alice's moves? That would be the first and the third and the fifth .. so here 3 moves for Alice.

That's how I thought about this problem and below is my implementations in Python and Javascript:

I'd like to share this video because the idea of solving this solution is from this guy. Check out his solution in C++ if you're interested.