Penguins in Docker - A Tutorial on Why We Use Docker

A basic tutorial about docker and how to build a Dockerfile and mount a volume and run a docker image
Oct 3, 2020
EzzEddin Abdullah
Created
by
Updated
Nov 7, 2020 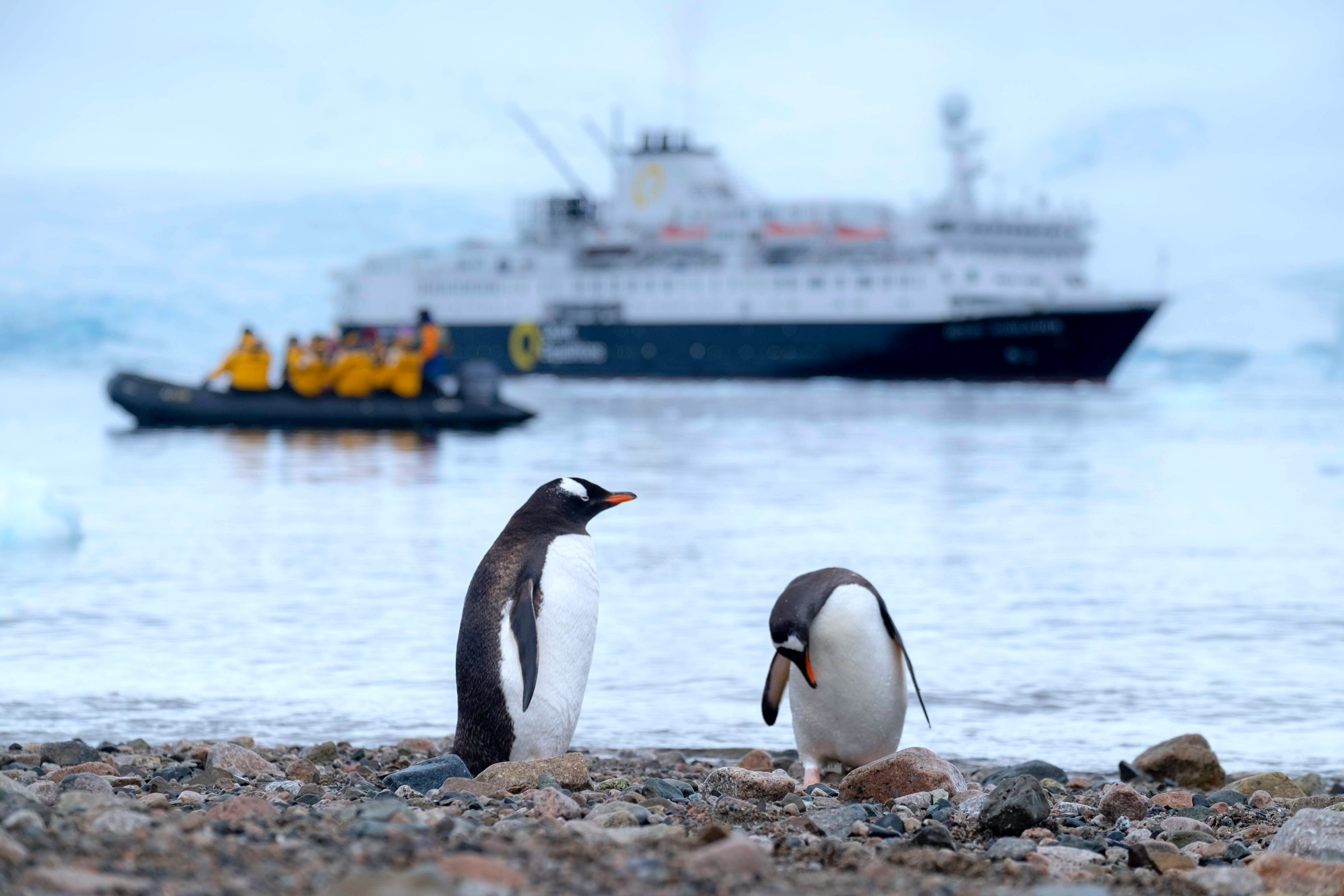 I've been reading Data Science at the Command Line recently and I've noticed an important reason why we use docker when I faced a problem. When I find something in a practical way, it means a lot to me even if I've heard a lot about it theoretically so you've probably faced that problem before and you said:

It works on my machine... from r/ProgrammerHumor

probably many times you said 'it works on my machine!' so why isn't that working on another machine?

What is Data Science at the Command Line?

Before we dive into the problem and how docker can solve it, what Data Science at the Command Line is really about.

Disclosure: The amazon link is a paid link so if you buy the book, I will have a small commission

This book tries to catch your attention on the ability of the command line when you do data science tasks - meaning you can obtain your data, manipulate it, explore it, and make your prediction on it using the command line. If you are a data scientist, aspiring to be, or want to know more about it, I highly recommend this book. You can read it online for free from its website or order an ebook or paperback.

Let see the problem by first trying to get data and see what we can do with it locally and what we can't do with it. OpenML is an open-source platform to build an open, organized, online ecosystem for machine learning. One of the features on this website is that you can get public data and start playing with it. Let's first make a new directory so that we can download the data into it:

Now we have penguins.csv on my machine, let's know how many rows it has:

Let's see the first 10 lines of that CSV file:

I'd like to get rid of them, meaning we should trim them and these columns will be: culmen_length, culmen_depth, flipper_length, body_mass

We can do that by replacing them with nothing using sed which is a powerful stream editor that can insert, delete, search, and replace (substitute).

To understand this command-line, we should know some things:

1 operate on the first line

_( the regex match of underscore followed by a group of...

/g replace all instances of the pattern globally across the line

BUT the problem here is that I got the same output:

To investigate this problem, I found that the sed program I use is AT&T Unix version because I use Mac and I didn't download the GNU/Linux version while the Data Science at the Command Line book is using Linux so I have to use the same environment that the book is using to be able to follow along. Luckily the book is using a docker image pushed to the public registry but this image is ~905 MB in size which is a very big size to demonstrate something little that I'd like to show here.

Solving 'it works on my machine' problem

So what does docker actually do here? Docker can run the sed command that I wasn't able to run on my machine while it was working on the author's machine. So if I have the same environment of Linux and sed is installed in there, I will be able to proceed with the book and follow along and my life will be better. Let's try to do that and learn how docker really works.

So in order to have this environment, you should have a docker image. But what is that?

So how can we get that container to be able to have that new environment?

I will show you both ways:

1. Getting a ready docker image

There is a public registry that is like GitHub but for docker. There you can find the docker image that you want to use or maybe you can later share your own image with others as we'll see at the second point.

The docker image I created for this tutorial resides in this repo on docker hub and you can pull that image using this command:

Let's run this image and start using the environment that we wished:

Note: this is working on Mac and Linux.

After running this docker image, the shell is open and you can see the prompt has changed from $  to bash-5.0# if you list what's in there using ls you can the file that you have in your directory locally mounted in the container so you can see now penguins.csv.

Let's see the moment that we're waiting for, using sed:

Let's see the in-place change if that really happened to penguins.csv

penguins are working in docker now and sed is working well on the environment the container has and we can now see the columns: culmen_length, culmen_depth, flipper_length, body_mass are trimmed.

Let's see how we built this image or we better see how we can build it again from scratch and put it on your own public repo at docker hub...

Let's first exit from this shell and return to our current directory locally by pressing CTRL+D or writing exit in that shell.

We need to build a Dockerfile which should result in a Docker image with a lightweight executable package of that sed program that we want and see if we need something else to install into.

Let's see what this Dockerfile has:

Make sure you're at the same directory docker-tutorial, you now have that Dockerfile and penguins.csv (the edited version) in that directory. Let's first download that penguins file again using:

Now we need to build the Dockerfile:

This docker image is residing locally on your machine, you can now go to the next section and run the docker image. But if you want to make it public so that people, including you, can pull that image .. guess what! you just need to push it into the same docker image that we had because it has your username existing in the docker hub:

Here we run the docker image as before:

The only difference here is your username. You can run now and then write the sed command on the new shell and you're good to go:

Now, there are no worries that you have another environment than mine because we both can have the same set of dependencies we need to solve our problems without the hustle of the need to install a specific version of a program, that works for both of us especially if the number of dependencies is many. I hope this basic tutorial made docker simpler for you and if you want to get deeper, have a look at the documentation and the other references I put here.

If you want to see more tutorials blog posts, check out:

Want to support me?

Please clap on medium if you like this article, thank you! :)