Good Subarrays with Python and Javascript 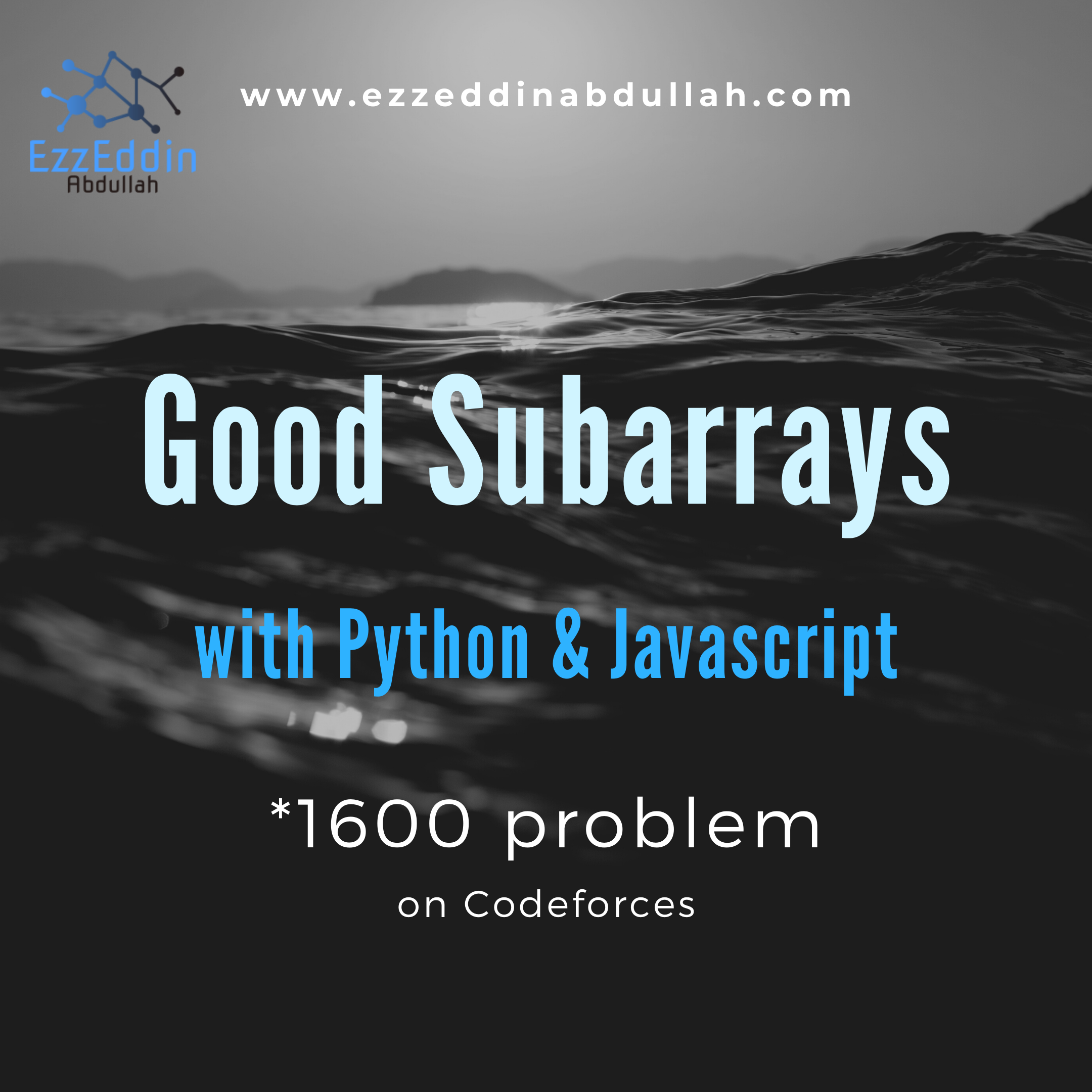 Good Subarrays is a 1600-point problem at codeforces, I hope you have read the problem carefully and have tried solving it. This problem basically states as its name sounds to say, to get a good subarray. But what is good subarray?

Per each test case, you’re given a string of numbers and the length of this string, and what’s required is to get the good subarrays. A good subarray is a subarray whose length equals to the sum of its elements.

This problem has three inputs:

But this way will get you in trouble when the number of elements is big. For example, what if you have 10,000 elements .. then you have to loop 10⁸ times! That’s not practical, what we need to do is to try to memorize the number of good subarrays. We can do that by doing hash maps.

The keys for the hash map (hash) are the difference between prefix sum (s) of that subarray and length of that subarray (l) and we need to loop just one time so that the time complexity for this solution will be O(n) instead of the brute force way which was O(n²). The values for that hash is the old values stored for the keys (hash[s — l] ++). At each iteration, we need to calculate how many good subarrays we have (g) and how many the prefix sum is accumulated (s) and the length of the subarrays (l), and then we need to update the hash map.

For the first iteration ‘1’:

For the second iteration ‘12’:

That’s how I thought about this problem and below is my implementations in Python and Javascript:

If you want to see more problem-solving blog posts, check out: