Book Notes & Review: The Power of Habit by Charles Duhigg

My notes and review on the book to apply habits that can transform your life
Jan 17, 2021
EzzEddin Abdullah
Created
by
Updated
Jan 24, 2021 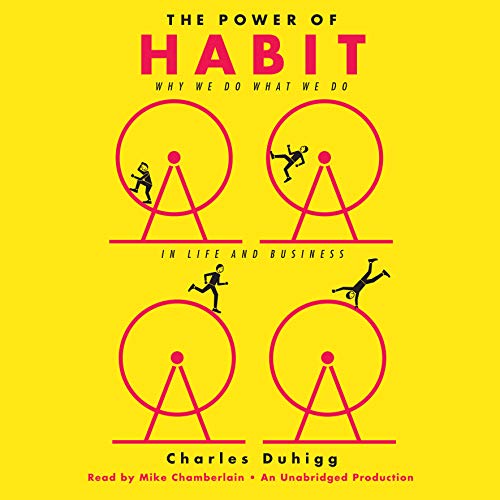 The Power of Habit is a best seller book for the New York Times, Amazon.com, and USA Today; authored by Charles Duhigg and first released in 2012.

This book explores the science of habit and how you can change your life by creating good habits and reforming your bad ones.

On a personal level, I created new good habits while reading this book being consistent in reading a book and learning a language every single day.

What makes this book really valuable is the dependence on 100s of interviews and 1000s of scientific papers and studies to understand how our habits are formed individually being ingrained into our brains and how understanding habits can change organizational perspective and furthermore an entire society.

In this blog post, I’ll distill my notes on the book that has three parts:

And a guide to applying the ideas and I’ll leave my review at the end.

The Habits of Individuals

The first part is about understanding why you’re doing what you’re doing every day like you’re used to. Being able to understand the habit formation ingrained into your brain allows you to change formed patterns or create new habits.

The Habits of Successful Organizations

The second part of the book focuses on the impact of using habits on business and how a company can change entirely after following a set of behavioral changes in the organization.

In this part you’ll know:

When the customer is unhappy my plan is to…

Just wait till the baby comes, We’ll be sending you coupons for things you want before you even know you want them.

The Habits of Societies

In this part, you’ll explore the impact of habits on societies and how developing them can make a revolution.

First off, the sequence of the book is not as the notes above. I rather tried to make each story in the same sequence to make it easier for you to understand the summary of every story.

If you like the story plot to be in one place and the order of the stories to be in order, this might be distracting for you in this book because it’s more like movies that have multiple stories and each piece can relate to another piece of the next story but the story plots are not in order.

For me, I don’t have a problem with detaching the stories except in one situation. Say I leave reading the book at a specific location, next day when I continue reading sometimes I need to recall the past events so I need to turn a couple of pages back until I see the beginning of the current story.

One more thing might be a disadvantage is that I somehow see a contradiction between the first part and the stories in the second and third parts. I feel there is no habit involved as explained scientifically in the first part, it could be of a common sense.

What I like about this book is the incredible research studies mentioned especially in the first part and the big amount of stories which make the topic very illustrative and the end of the book which is considered the heart of it because it gives you guidelines on how to apply the ideas.

On a personal level, I like that I have consistent reading habit now and a big reason for that is The Power of Habit.

You can find it on Amazon.

Disclosure: The Amazon links for the book (in this section) are paid links so if you buy the book, I will have a small commission‍

Published on the medium publication: Brainwave, make sure to follow it!