Bad Triangle with Python and Javascript

With Python and Javascript solutions: Learn how to think about Bad Triangle, an *800 codeforces problem
Sep 7, 2020
EzzEddin Abdullah
Created
by
Updated
Sep 9, 2020 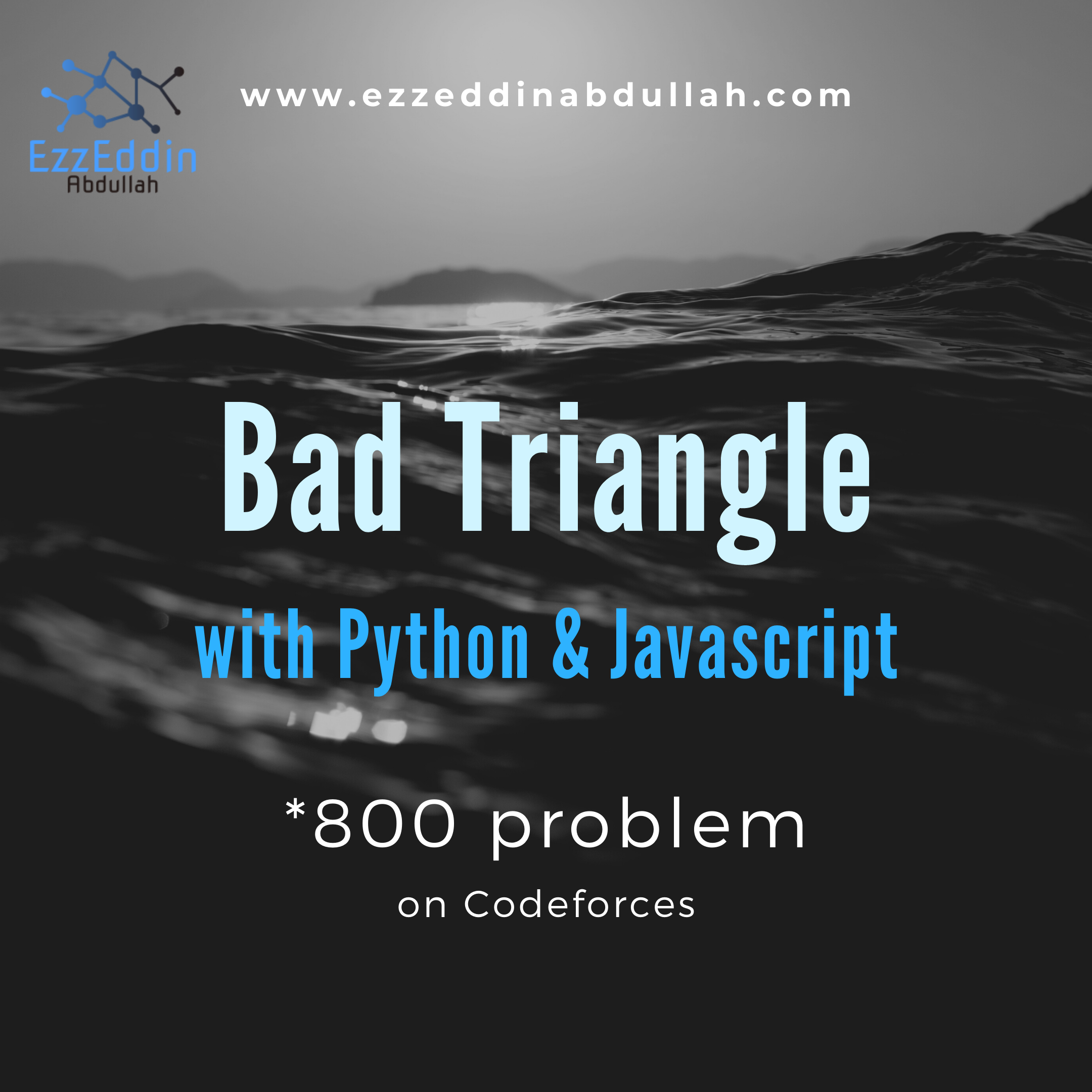 Bad Triangle is an 800-point problem at codeforces, I hope you have read the problem carefully and have tried thinking about solving it. This problem basically states that you need to tell if a triangle is non-degenerate or not.

This problem has three inputs:

Let's focus on the third input, you can think of this problem as iterating through every element to see every possible validation for the sum of two numbers is less or equal than the other and that's very time consuming because you have to check for three different indices.

There is a trick for solving this problem which won't make you need to iterate through the array. The fact that the input is sorted in non-decreasing order makes the largest number at the right-most of the array which means if you just check whether the sum of the first two numbers in the array is less than that largest number at the end of the array, this will be enough for you to tell if this triangle is bad or not.

That's how I thought about this problem and below is my implementations in Python and Javascript:

I'd like to share this video because the idea of solving this solution is from this guy. Check out his solution in C++ if you're interested.